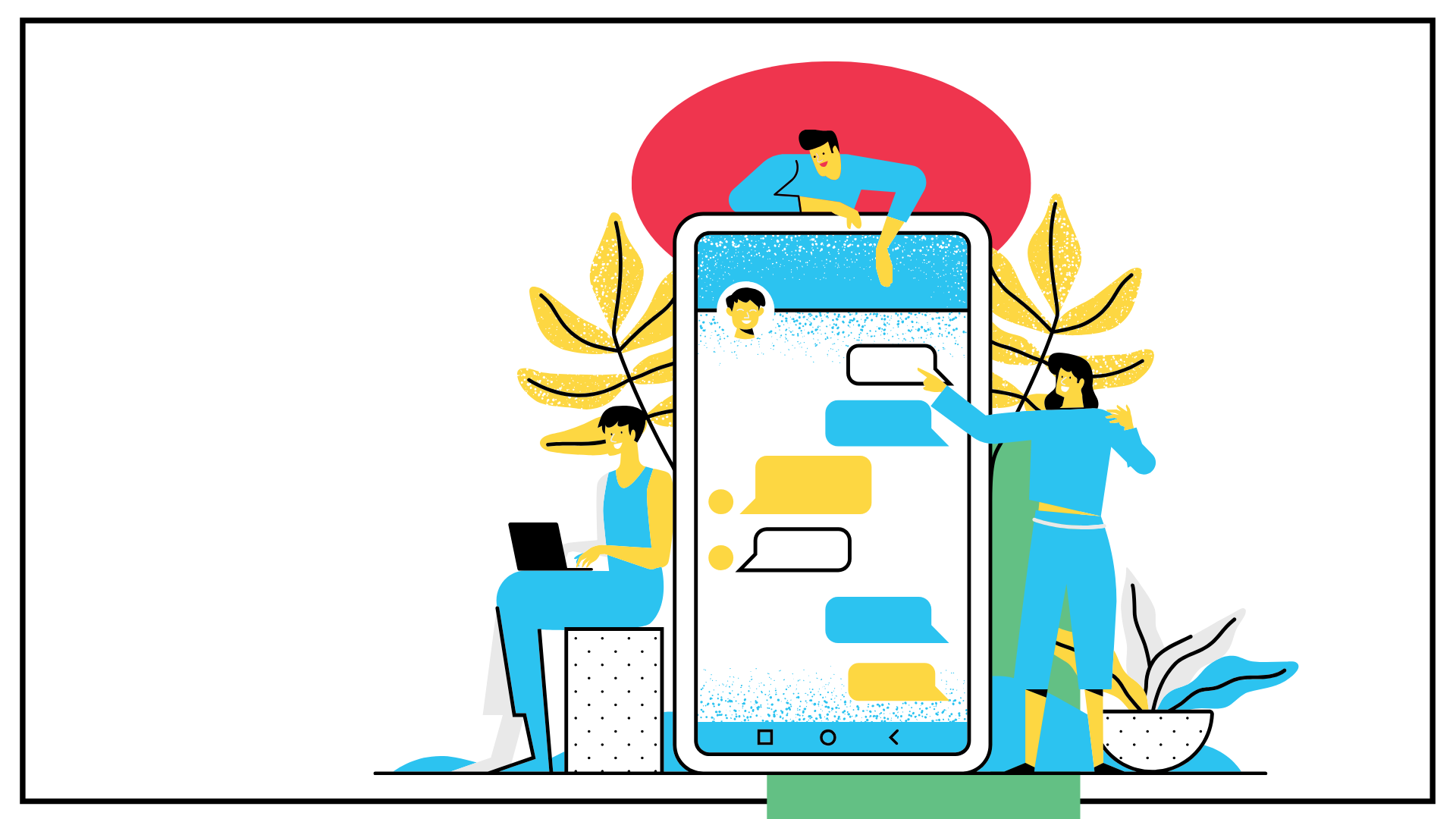 In some form or fashion, working virtually has quickly become the reality for most of us today. And whether you’re working with colleagues, customers, vendors or others, there are more tools and apps than ever to help you collaborate across any distance, whether it's across the country or even across the globe.

But no matter how many tools and devices you have, effective collaboration still comes down to how effectively the parties communicate with each other. Particularly when you don’t always have the advantage of visual cues, tone of voice, or cultural nuances, the chances for miscommunication are high.

Here are 4 steps for making sure your communications get across in the way you intended, no matter what technology you use (these can even useful for when you’re communicating in person):

END_OF_DOCUMENT_TOKEN_TO_BE_REPLACED

Try These Negotiation Tips to Get Your Way Without Making Enemies

The raise, the product pitch, the vacation destination, the big purchase decision—in work and in life, negotiation is a constant presence. And naturally, we each want to get our own way. But there’s no reason one side has to end up feeling like a loser in a negotiation.

To be satisfied with the end result and keep your relationships intact, try these 7 negotiation tips.

END_OF_DOCUMENT_TOKEN_TO_BE_REPLACED

More is Not Always Better: How to Improve Communication at Work

No one listens! It’s one of the most common complaints across workplaces, industries, jobs, even in our personal lives. It doesn’t matter how much detail we give or how many times we say things, it seems like people keep coming back with questions about things we’ve already addressed.

So, how can you improve communications and resolve this annoying problem? One piece of advice you’ve likely heard is to over-communicate if you really want people to listen to you. Explain it again and again. Keep hammering away at it until you break through.

Have you tried that? Had any luck with it?

My guess is they’re still not listening to you.

END_OF_DOCUMENT_TOKEN_TO_BE_REPLACED

How many times have you written up what seems like a perfectly clear email message only to find that the person on the receiving end just doesn’t “get it”? Not only is it annoying, it can end up wasting a lot of time for both parties.

Beyond the obvious need for a sarcasm font, here’s what could be going on: You likely communicate in a style that’s rooted in the way you prefer to think. The problem is, that can be at odds with the preferences of the person you’re communicating with. You may prefer formal, sequential, highly organized thinking, and so your email messages will follow suit. Your recipient, on the other hand, may prefer a more casual, free-flowing style. They’re looking for the big picture, and when they see all that detail, they tune out.

Or maybe you gravitate toward a more expressive style. You would never just jump right into the cold, dry facts without a few pleasantries up front. Meanwhile, your recipient might be rolling their eyes, wondering why you can’t just get to the point.

Considering how much we rely on email today, it makes sense to find some common ground and learn how to adapt your thinking and your messages—both so you can be heard and so you can avoid confusion or miscommunication.

END_OF_DOCUMENT_TOKEN_TO_BE_REPLACED

Teams have never been more important in business. But with the demands and complexities of today’s work environment—not to mention the challenges of working with global, remote or regularly changing team members—working in a team isn’t always easy.

A great team is a “brain trust” of diverse thinkers, one that’s greater than the sum of its parts. They’re collaborators you can count on to bring new perspectives to the table, listen to and value your ideas, and stay accountable to common goals, especially when the pressure heats up.

END_OF_DOCUMENT_TOKEN_TO_BE_REPLACED

Month after month (or maybe it’s week after week), your team gets together for its regularly scheduled meeting. It’s an important chance to connect, check progress, work through current issues and come up with new ideas and strategies for the future.

But is it all starting to feel a bit stale?

As John Medina, author of the book Brain Rules, has noted, “People don't pay attention to boring things. So if you really want to have a lousy meeting, make sure it's boring.” In other words, if it’s not somewhat interesting and fun, the brain checks out. And that means boring meetings are more than just potential morale killers and insomnia cures; they can also be a colossal waste of time.

So, back to that regularly scheduled meeting: When was the last time you looked over your team meeting routine? Now might be a good time for a refresh.

END_OF_DOCUMENT_TOKEN_TO_BE_REPLACED

The Real Reason They're Not Reading Your Emails

Here’s an experiment. Read the following paragraph once:

With hocked gems financing him, our hero bravely defied all scornful laughter that tried to prevent his scheme. “Your eyes deceive,” he had said. “An egg, not a table, correctly typifies this unexplored planet.” Now three sturdy sisters sought proof. Forging along, sometimes through calm vastness, yet more often very turbulent peaks and valleys, days became weeks as many doubters spread fearful rumors about the edge. At last from nowhere welcome winged creatures appeared, signifying momentous success.

Did that paragraph make any sense?

This little passage, from Robert Ornstein’s book “The Right Mind,” is actually about the first voyage of Christopher Columbus. Go back and read the paragraph again with this in mind. Makes more sense now, doesn’t it?

You’ve just experienced the power of context. Your brain searches for it constantly. And while it searches, you won’t be paying attention to anything else. Your mind will drift while it works to fill in the blanks—whether it fills in those blanks correctly or not.

When it comes to workplace communications, lack of context is just one of the ways the brain can get thrown off course, and when it happens in email, it can lead to misunderstandings, frustrations or even conflict.

END_OF_DOCUMENT_TOKEN_TO_BE_REPLACED

In just over 40 days, the Olympic cauldron will be lit, signaling the beginning of the Rio 2016 Games. And just like in years past, the torch carrying that flame will have made quite a journey to get there.

Four years ago, the torch travelled 8,000-plus miles across 1,000 towns over the course of 70 days to arrive in London to kick off the London 2012 Games. And as a Worldwide Partner of the London Games, Coca-Cola Great Britain was there every step of the way, hosting 61 free evening events up and down the country, four city celebrations, a Torch Relay finale bash with an audience of 80,000, and a wide range of sponsorship activities to bring the magic of London 2012 to every corner of the UK.

Talk about an Olympic feat.

END_OF_DOCUMENT_TOKEN_TO_BE_REPLACED

10 Quotes to Open the Lines of Cross-Functional Communications

/
by Marla Lepore
More project-focused work, flatter organizations, increasing complexity, the rise of holacracies, evolving management structures…they all add up to more cross-functional teaming in the workplace. But based on the results of a study conducted last year, we may be a little too optimistic when we include the word "functional" in that description.
END_OF_DOCUMENT_TOKEN_TO_BE_REPLACED

You've decided to implement communication skills training. Maybe it’s part of a specific talent development strategy, or perhaps communication issues have been a continual challenge, dragging down productivity, collaboration, trust, customer service ratings or any of a number of critical business functions that we can’t afford to be struggling with in today’s fast-paced, complex environment.

That’s not to say communication skills training isn’t valuable. The bottom-line impact of communication breakdowns in the workplace has been well documented. The problem is, many companies waste the investment because their approach misses the mark, or the conditions aren’t in place to support it—or both.